The Lotus Blossom Awaits to Bloom:
The Mortal Life of Prince Siddhartha
by
Brad Kronen

In honor of the Birthday of the Lord Buddha, May 14th

Long ago in the year 560 B.C., in a land far to the East at the foot of the Himalayan Mountains, a Prince was born. The child’s arrival into the world was quite special considering his mother, Queen Maya, gave birth to him at the age of 40. The royal infant was given the name Siddhartha, which in Sanskrit means “He who achieves his aim.”

Recognizing the specialness of his son’s birth, the prince’s father, King Shuddhodana fetched for an astrologer who predicted, “The child, on attaining manhood, would become either a universal monarch (Chakravarti), or abandoning house and home, would become a perfectly enlightened soul, for the salvation of mankind”.

Since Siddhartha was an only child and therefore the sole heir to the throne, the King decided his son should not be allowed to leave his home in order to never experience the world which lay just beyond the palace walls. Based on what was foretold, King Shuddhodana  imagined his son reigning over a land even more expansive than what  the Prince already stood to inherit and felt Siddhartha could look into holy studies after establishing himself as ruler of this greater and more glorious future Kingdom. The King also sensed the prince would be swayed to pursue the life of a monk should he witness the pain and suffering of others, so Shuddhodana vowed that his son should never encounter anything or anyone beyond the Palace walls nor would he be aware that sorrows of any kind existed in any capacity whatsoever.

Based on his projected presumptions of the future, the King had three monstrously vast  palaces built for Prince Siddhartha named Ramya, Suramya, & Subha which translate to: Charming, Very Charming, and Auspicious. Within each palace,  a person’s senses were thoroughly pleased and every luxury imaginable was within one’s reach.

Shielded from the pain and suffering of the outside world, Prince Siddhartha indulged in a life of unabated pleasure, where every whim was satisfied and every desire fulfilled.

When the Prince came into manhood, he was given a pure white horse named Kanthaka, who escorted him wherever he went. Even as Siddhartha rode Kanthaka  while learning war game exercises, things were carried out in a most delicate, dare I say prissy manner. As evidenced in the picture chosen for this article, a white sunshade was held above the young Prince day and night to protect him from cold, heat, dust, dirt, and dew, even while riding his horse.

But this reclusive life of absolute pleasure could not last.

It was during the year when the Lord of Karma decrees a person to officially be an adult, the 29th, that Prince Siddhartha finally became weary of his insulated world of never ending luxury. At the beginning of his Saturn Return the royal heir took his horse in the dead of night and willed Kanthaka to jump over both the palace gates and the river that separated the Palaces from the rest of the kingdom.

As ancient legend tells us, upon escaping the confines of his gilded cage Prince Siddhartha soon thereafter became all too aware of the world that lay just beyond his Palaces of Pleasure by witnessing first hand the illness, suffering, and pain of others. However by seeing the full scope of human existence from both its positive and negative spectrums of experience the Prince was in actuality fulfilling the prophecies of his birth.

For not long after leaving his sheltered lifestyle the royal heir known as Siddhartha would renounce his princely title as well as his birthright to rule over his father’s kingdom, along with earthly pleasures at large.  This same mortal man would eventually become the first and only one of his kind to reach all 52 levels of enlightenment.

Some may be more familiar with the young Prince by his spiritual titles of “The Enlightened One” or “He who has Awakened” or said in a more universal way, The
Buddha. 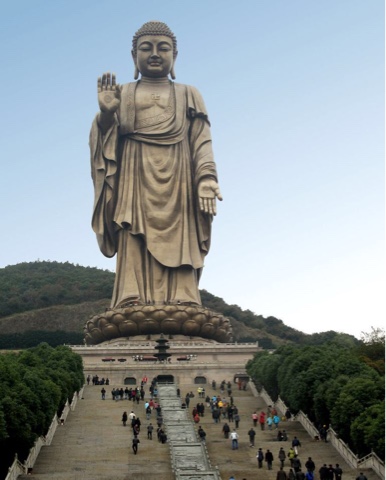 The Lord Buddha taught through a life of example.  His teachings were simple yet at the same time bore a high level of spiritual significance meant for all of Mankind to embody in day to day living.  Buddha emphasized a “Middle Way” path of existence where life was balanced by both sensual experience and spiritual asceticism.  It was from Buddha’s teachings of the Middle Way where Man was given the following gems of the most profound simplicity:

“Happiness never decreases by being shared.”

“The mind is everything. What you think you become.”

“Three things cannot be long hidden: the Sun, the Moon, and the Truth.”

“Peace comes from within. Do not seek it without.”

“If you truly loved yourself, you could never hurt another.”

“No one saves us but ourselves.  No one can and no one may.  We ourselves must walk the path.”

The Buddha’s state of inner and outer peace with the world is symbolized by the Lotus Blossom in full bloom.

Each of us must embrace the hardships this world gives us. For it is in experiencing life’s challenges and difficulties that wisdom is gained by knowing not to shirk from anything considered messy or indelicate, for that can lead us into the delusion of pretending the darkness does not exist. 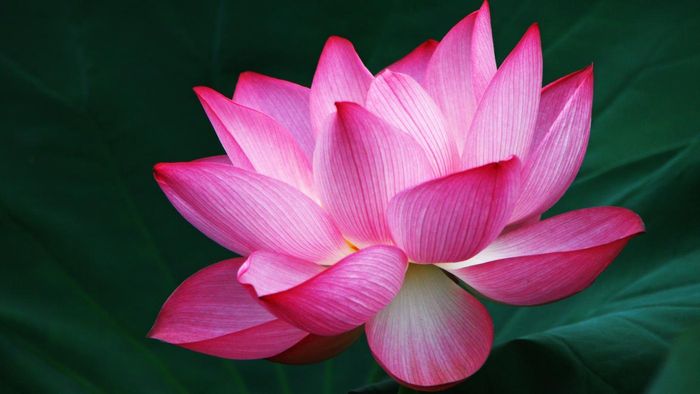 *Brad Kronen has written over 30 books which deal specifically with the role Astrology plays in each of our day to day lives.  His most recent books is a 12 part series with each being tailor made for every sign of the Zodiac entitled “Love in the Stars”.  In honor of Prince Siddhartha’s mortal birth of May the 14th, the link to “Love in the Stars: Taurus Edition” is listed below.  That, along with all of Brad’s self published work can be found at amazon.com: