BRAD KRONEN CELEBRATES HIS OPERATIC PAST
IN HONOR OF HIS 50TH BIRTHDAY! 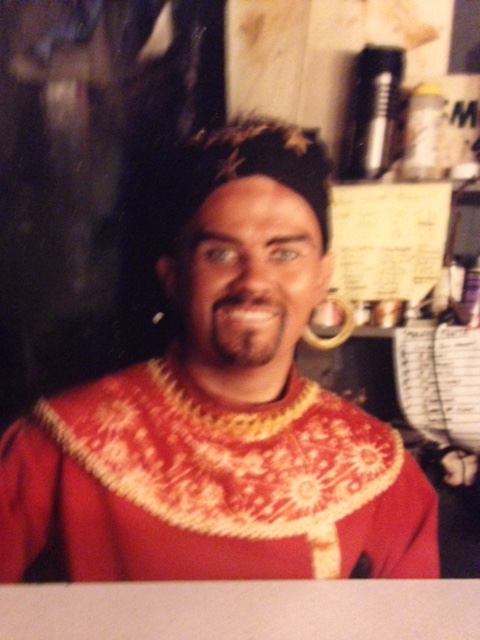 Brad in the first lead role he sang in NYC as Vince (a play on the word Prince) Charming next to the lovely Devin Dukes who sang the role of Cindy in a very modernized production of Massenet’s “Cendrillon” or Cinderella which was set in Kansas and the fairy godmother was a space alien etching cosmic circles in the corn fields.

Brad becoming his own worst nightmare when he sang the role of the Harlequin in Leoncavallo’s opera that’s not so Ha-Ha funny, “I Pagliacci”, “The Clowns”. 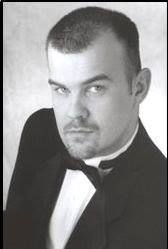 Brad’s “formal” head shot as an opera singer.  The picture was taken during a blistering August heat wave in NYC so the lower half of me was barefoot wearing a Bermuda trunk bathing suit!

Brad as Don Basilio in Mozart’s “Le Nozze di Figaro”
in English “The Marriage of Figaro”
(The hat made it all worth while.)

“Regina” by Marc Blitzstein, the operatic rendition of Lillian Helman’s play “The Little Foxes” performed by the Bronx Opera Company in January of 2001.  Brad sang the role of Mister Marshall which earned him a New York Times Mention listed below:

So since Gramps will be officially halfway to being a century old on this upcoming 11th of June (the same date of birth shared with Richard Strauss, ex-Nazi composer, Gene “Willy Wonka” Wilder, Joe Montana (you would care if you were a football fan), 70’s superhunk Chad Everett, Jacques Cousteau, inventor of the Aqua-lung, Christina Crawford, punching bag daughter of Joan Crawford, Adrienne Barbeau, who played divorced daughter of Maude on the hit 70’s TV show “Maude”, Graham Russell, half of the 70’s dynamic duo of soft Rock better known as “Air Supply”, and rage filled actor, Shia La Beouf, fyi) Brad thought he should start doing what most people do in the latter half of that age bracket – bring up stuff from his past that no one in the present really cares about.  For the first and only time Brad is exposing his operatic past by allowing his adoring fans to hear his Godzilla singing voice from way back when!

According to onthisday.com I share a birthday with 13 lesser known music composers not including Richard Strauss, so I was born to sing opera…..kind of.

One last thought before listening to my big mouth – a client of mine recently approached me saying “I went on the internet to look you up on The Real Housewives and did you know there’s some guy with the same name as you who sings and s**t?”
Needless to say I thanked her for enlightening me and insisted I would look him up.

So I lied earlier in the last paragraph about  it being the last thought, this one is, swear to Shia La Bouf! And just so you common folk are made fully aware, my big 5-0 (aka the second Monday in June) just so happens to be a major holiday in the UK this year otherwise known as “The Queen’s Birthday”!