The “King of Planets” otherwise known as Jupiter is also known by a more benevolent cosmic title, “The Great Benefic”.  Not only does mighty Jupiter protect our fragile blue marble of a home by preventing asteroids and hurtling space rocks from regularly pelting Planet Earth with the gravitational pull from its massive magnetic belt, the largest planet in the Solar System astrologically symbolizes good luck, good fortune, abundance, and overall bounty.   Few realize the Great Benefic’s domain of rulership includes those exemplary representatives of human goodness, better known as “saints” as well.

By virtue of Jupiter’s influence, it’s not surprising the time of year when the King of Planet’s sign of Sagittarius takes place is the holiday season. During the holidays the world at large celebrates the bounty that surrounds all of us by a goodly portion of society partaking in that force of unconditional generosity and compassion otherwise known as “goodwill towards men”.

And THE International Ambassador of Goodwill Towards Men, you may be wondering?  A Mr. S. Claus.

In his book entitled “Santa Claus, Saints, & Sagittarius”, Brad traces the origins of Santa Claus through various astrological, religious, and historic sources.  The book’s culmination is when Brad makes a first of its kind astrological discovery about the life of the actual man whose numerous good deeds Santa’s essence is modeled after – a 3rd century Turkish bishop named Nicholas of Myrna.

The book also displays Saint Nicholas’ many acts of generosity through paintings made during the Middle Ages and Renaissance that unto themselves may convince even the staunchest of Scrooges that Yes, Virginia! There IS a Santa Claus.

“Santa Claus, Saints, & Sagittarius” is available on Amazon.com in both paperback and Kindle editions and can be purchased at the following link below: 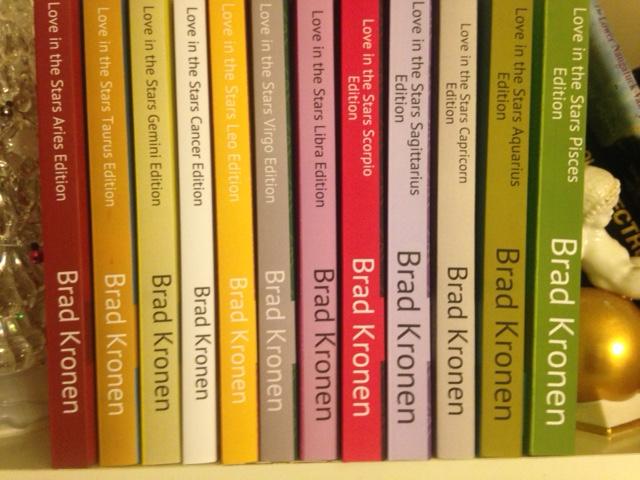 And while we’re still on the subject of “Abundance” for those who don’t know, Brad has also recently written 12 astrological dating guides tailor designed for each sign of the Zodiac!  Any and all of the 12 from Brad’s series, “Love in the Stars” can be purchased at the link below:

Whichever of Brad’s books you choose, they make the perfect Christmas gift.
A Blessed and Beautiful Holiday Season & A Prosperous 2020 To You and Yours!